Is there such a thing as an evolution pundit?

Evolution tends to be only visible with hindsight. It is very difficult to predict and almost impossible to notice during real time.This is the case for all types of evolution.

People who predict the future are often seen as either crazy (Rasputin) or visionary (a hedge fund manager or tech company founder).

The question is, did they really know?

In a world full of people predicting the future, some are right by happenstance. The speculators or investors that make lots of money could be random vectors due to factors mostly beyond their control.

(For anyone interested in the science of randomness Nassim Taleb’s writings are very good.)

The people who do best in business and in life tend to be the ones open to opportunity, and are sensitive to current trends. Someone who sees a set of changes in an industry then acts upon these observations can ride the wave of evolution.

Steve Jobs didn’t invent the mobile phone, but he saw the evolution of how people embraced this technology. The average mobile phone owner doesn’t just desire it, they feel like they need it. It is a basic human want. Apple managed to create a type of mobile phone that people had to have, these phones because of part of the owner’s personas, as much as the place that they lived or the sports team they supported.

Is the oil and gas industry experiencing an ‘evolutionary jump’?

The oil and gas industry is evolving in front of our eyes. Suddenly peak oil ceases to exist. Commodity price inflation seems like an alien concept. We see oversupply and low prices stretching into the future. Usually, the best cure for low prices is low prices, based on a lack of exploration. Now even this is not part of the equation for the foreseeable future, there is plenty of supply ready to be tapped.

The industry has certainly reached its mature phase, where it is not just oil that is a commodity. So too are many of the industry services, tools, and skills. The third world has caught up, and to succeed in these times will involve the levels of competition and innovation that is required in other mature industries too.

Want to start a mobile phone company? Your very first market offering had better be an amazing phone with some features never before seen.

Want to go up against BMW, Mercedes, Lexus and so on? Elon Musk has managed it with Tesla Motors but that was exactly the type of innovation needed to make a dent.

You are probably in the energy industry, likely in the oil sector. If you were to start a business today, during one of the worst crashes in history, which sub-sector would you choose?

Why would you succeed as others are failing?

You need a differentiator. It has got to be a great product or service, perhaps a completely new one, a first for the industry?

… Perhaps some reclamation technology that can filter oil particles from the ocean, that could not just be used after spills, but can reclaim in weak concentrations at a cost of below $30 per barrel? That business would work…

One thing is for sure, creating a copycat ‘me too!’ company during a crash is a foolhardy idea.

These are the thoughts that have been going through our minds as we prepare to launch Earthrespro.com

We are striving towards something new and unique, something that does not exist anywhere else. You can probably find all of the information on this website elsewhere, in tens or even hundreds of different places online. But nowhere will offer curated and tailored information all in one place, organised for you – The internationally mobile energy executive.

This is the theme and rationale of EarthResRro. We like Trip Advisor for their helpful travel information. We like that there are Government and NGO advisory services that work to help keep their citizens safe. We like that good companies support each other and join forces to make the industry a better place. We think that peer reviews of certain sections of our industry are a positive thing. (The sections that are more attractive to cowboys).

We like these things and think that all of this good information should be organised and collected in one place. A one-stop information resource for mobile energy workers.

We see that the energy industry in general, and the oil and gas sector, in particular, is evolving – before our very eyes! We know which way the wind is blowing, and plan to ride the wave of evolution to see where it takes us. We are all on the way there anyway, lets actively strive towards it and make it a good place! 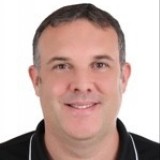 Enter your name and email address to receive some helpful tips and occasional important updates.